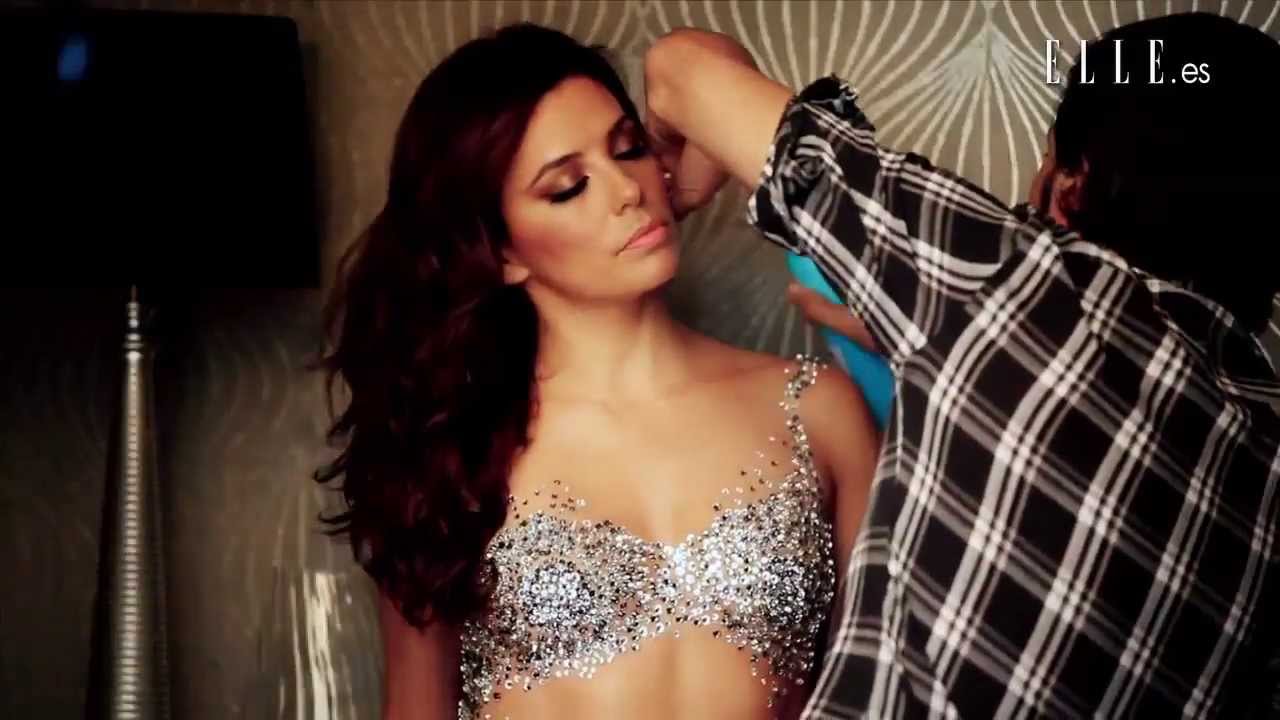 Eva Longoria stripped down and got bedazzled in crystals for the latest cover of Elle Spain.

Longoria appears naked, wearing only a smattering of strategically placed Swarovski crystals on her body for the December 2013 issue of the fashion magazine. Her image will also appear on a special hard-copy version of the issue. The 38-year-old looked stunning in the sparkling body wear, but she did admit she was a bit nervous beforehand.

“I was very excited that you thought of me for such a special edition,” the actress told Elle Spain, per a Huffington Post translation. “The only fear I had before doing the crystal cover was being so naked. Not being able to cover anything made me feel very insecure.”

“He’s been sweeping her off her feet and courting her like a proper gentleman,” a source told People magazine.

In August, she split from boyfriend Ernesto Arguello after just four months of dating.