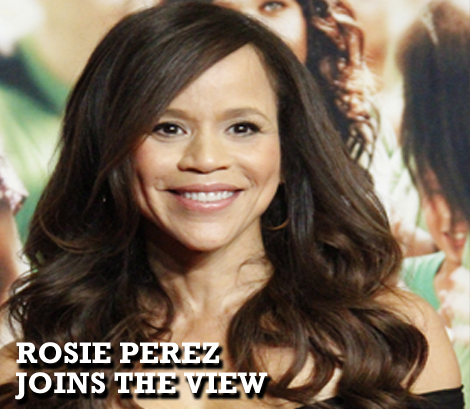 It’s official: The View (finally!) has its first Latina!

“I am beyond thrilled, honored and completely surprised that I’ve been asked to join The View,” Perez said in a statement.

“Knowing that I’ll be in the company of Whoopi, Rosie and Nicolle, three very smart and engaging women that I have an immense amount of respect for, makes it even more unbelievable. The opportunity to connect with our nation’s audience on a daily basis… icing on the cake! Very happy.”

According to ABC, the new season will be unlike any in recent history. (We know that’s right!)

Excitement began flooding social media with the announcement of Perez’s new appointment. “Congrats on the new gig!! It’s about time they get a Latina on there!! What a great choice,” actress Justina Machado tweeted.

Talk show host, Wendy Williams, also expressed her approval of The View’s decision. “Yay for @rosieperezbklyn on being named new co-host of @theviewtv. Perfect for the job!!!!” Williams wrote. “You can thank me for my heavy campaigning later.”

Congratulations, Rosie! We couldn’t be happier!