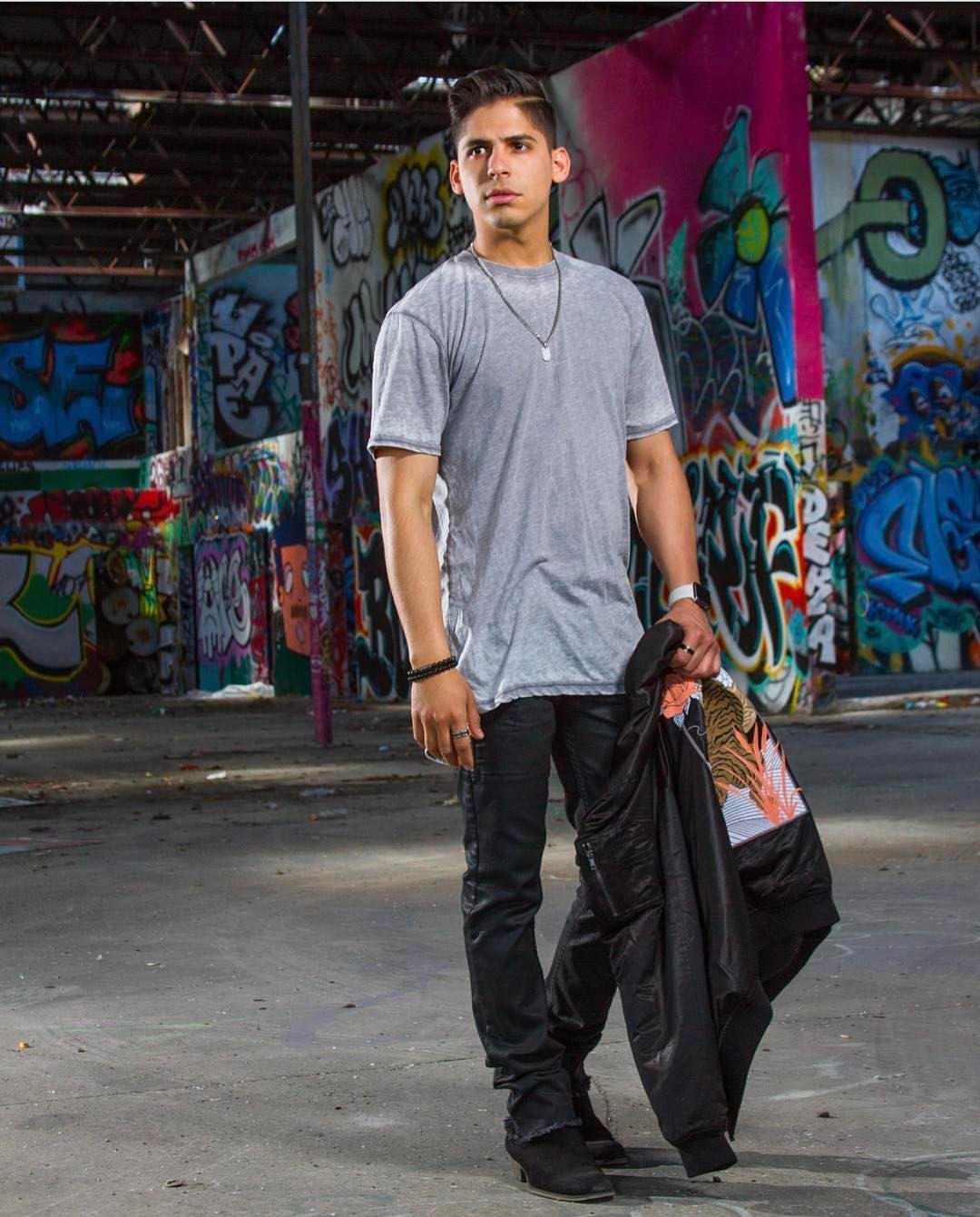 Jensen de los Santos looks like an average Berklee freshman trying to make it in the music industry. But de los Santos is more driven and passionate than the average freshman, with one foot already in the door of the music business.

De los Santos often finds himself performing at Slade’s Bar and Grill in Roxbury, Mass. He indulges in live jazz music there and often plays on amateur night. Although de los Santos’ music “has roots in rock, jazz, and tropical rhythms,” he is a self-proclaimed pop artist.

“Music has always been the center of my existence since my mother sang to me while I was in her womb,” said de los Santos. “I eventually got tired of listening to music and became proactive in creating at the age of 16, recording myself in my makeshift home studio.”

Now 21 and studying music marketing at Berklee College of Music, de los Santos aspires to become a pop star one day. “Some of the biggest names in the music industry have studied here, and I want to acquire the knowledge that has helped them achieve an edge,” said de los Santos.

Growing up in the Dominican Republic, de los Santos comes from humble beginnings. Watching his cousin Eddie Manuel, lead singer of the group Sin Fronteras, play at music festivals inspired de los Santos at a young age to become a singer himself. Family has always been a strong force and influence in Santos’ life. He cites his family as the reason he continues to reinvent himself. It has always been de los Santos’ family that has encouraged him to work longer and push harder. According to de los Santos, he and his family are all in it together: His struggles are their struggles, and his success is their success.

De los Santos recalls the first time he performed live at his school’s talent show; he was just 10 years old and living in the Dominican Republic. “I felt overwhelmed by the unexpected reaction of the audience screaming and applauding as I sang my heart out. And I knew at that moment that becoming an entertainer is all I wanted to be,” said de los Santos. He still loves receiving feedback of any type from the audience.

De los Santos is also an avid guitar player but would never call himself a guitarist, because singing and writing are his biggest concerns when it comes to music. He has been playing by ear on and off for the last six years. “When I wasn’t satisfied by just listening to music, I explored the beauty of how to create it,” said de los Santos.

Music has also taught de los Santos about life and about himself. He said music has helped him not only overcome his fears and fight for his passions but also enjoy the simple things in life. De los Santos feels most fulfilled when performing; music is all he ever wanted to do.

De los Santos’ motivation comes from the desire to create something new that he has never heard before. He said, “The ability to witness the process of how an idea becomes a song that people sing and connect with motivates me every day.”
Besides his family, his biggest influence has been the boy band *NSYNC. “They have been the biggest influence on me in all aspects, musically, lyrically, and instrumentally. They effortlessly take me on a magical music voyage every time I listen to them,” said de los Santos with passion.

Currently, de los Santos is working with his songwriting partner, Vinny Rivera, who is also Boston based. They would like major record labels and artists to choose their songs. De los Santos works to organize songwriting sessions for those artists in order to build relationships with them. De los Santos and Rivera are currently trying to land projects with Latin artists. They have a song with their writing credits, Lo Que Quiero, performed by Jowell y Randy at number 11 on the Billboards Latin Rhythm.
While de los Santos is already successful in the Latin songwriting market, he still aspires to become what he wanted to be at the tender age of 10 years – an entertainer. “Making music is my drug and my remedy. I’m addicted, imprisoned, and freed by it,” said de los Santos.