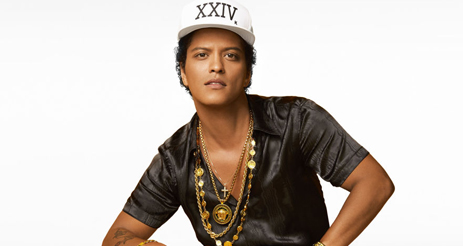 Bruno Mars is unamused by rumors that take aim at his heritage. The Grammy Award-winning artist has no plans to allow the music industry to box him in, but to insist that he’s ashamed of his multiracial roots in his appeal to the masses is enough to make the all-around entertainer step to the mic for a different reason. 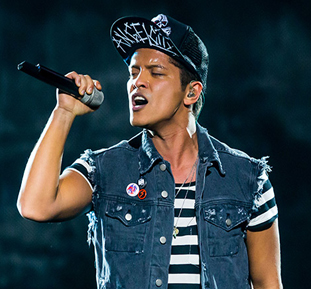 In an exclusive interview with Latina, the 24K Magic artist set the record straight about the real reason why he chose his stage moniker over his birth name, Peter Hernandez. “I never once said I changed my last name to hide the fact that I’m Puerto Rican. Why would I fucking say that?” he said. “Who are you fooling? And why would anyone say that? That’s so insulting to me, to my family. That’s ridiculous. My last name is Hernandez. My father’s name is Pedrito Hernandez, and he’s a Puerto Rican pimp. There’s no denying that.”

Courtesy of his dad, the superstar donned the nickname “Bruno” since the age of two before tagging on Mars ahead of his titanic career. “Mars just kind of came joking around because that sounds bigger than life. That was it, simple as that.”

With over 100 million albums sold, Mars hasn’t merely reached audiences far and wide off the strength of his name. Influenced by the likes of James Brown, Michael Jackson and Prince, the “Perm” singer-songwriter credits his sound to black music, another factor to his success that he’s not attempting to hide. “When you say ‘black music,’ understand that you are talking about rock, jazz, R&B, reggae, funk, doo-wop, hip-hop, and Motown. Black people created it all,” he explained. “Being Puerto Rican, even salsa music stems back to the Motherland [Africa]. So, in my world, black music means everything. It’s what gives America its swag.”