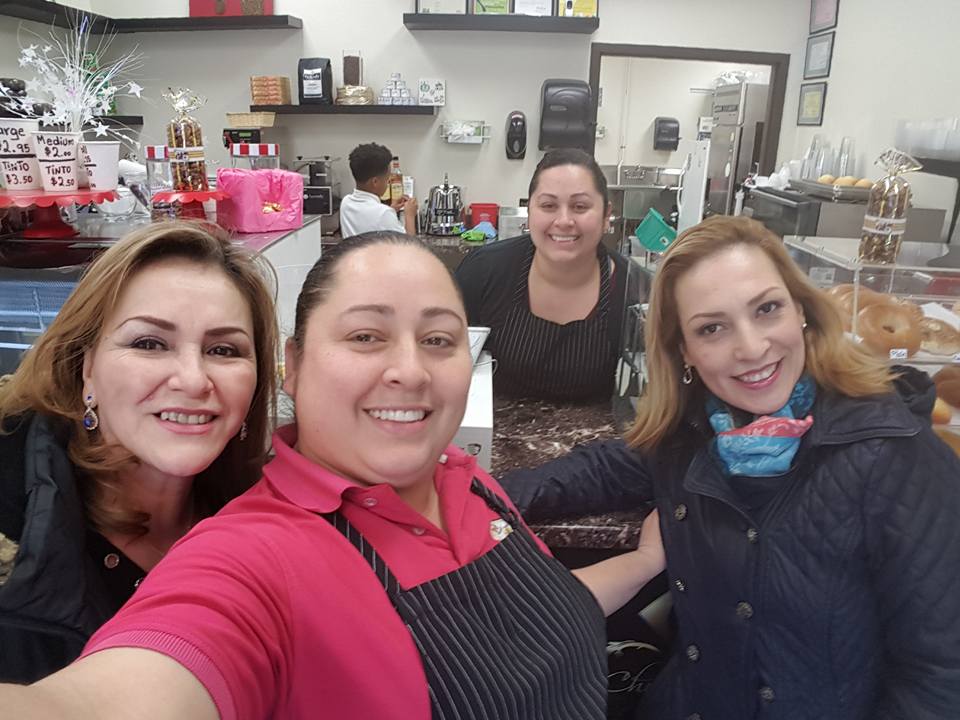 Chocolaffee co-founders and twin sisters Angelica and Diana Cardona have already shown the perseverance needed to succeed as small business entrepreneurs — fighting through the Colombian-style nut and chocolate product company’s struggle with a failed business partner and store, and emerging to keep the business going and on track to open a store and production facility next month.

For the Colombian immigrants, who came to the United States and East Boston in 1993 and are 1998 graduates of East Boston High, securing their own location in Revere ends a three-year effort to overcome their initial business setback.

The company’s most popular product is ManiNuts, roasted peanuts with sesame seeds based on a family recipe from Colombia. The Chocolaffee of the company name refers to the other main product, at this time, chocolate-covered Colombian coffee beans, also based on a traditional recipe from their native country.

“Chocolaffee, we make by order for weddings or corporate events. We customize everything with their logo and everything that they need,” said Diana Cardona. “ManiNuts is a convenience store and supermarket item, a gourmet snack. That one moves more.”

Chocolaffee first began with the chocolate-covered coffee beans that the sisters made as birthday and holiday gifts for friends, and grew into a small business in 2009 making custom orders. The pair, who worked in a variety of jobs after high school, but also notably worked for several Spanish-language Boston media outlets on the radio and on public television, made the chocolate out of their home. Their media savviness helped them spread the word about Chocolaffee as they started making ManiNuts as well.

Their early vision was to open up a coffee shop that would also sell their products. They found a partner to help them do so, invested their savings into the venture and opened a coffee shop at Temple Place in Downtown Crossing in September 2012. But within several months their business partnership had disintegrated to the point where they felt like they no longer had control of their products and were only essentially working as employees.

As 2012 came to a close, they made the difficult decision to cut ties with the store and the business partner, not knowing if they would ever recoup any of the money they invested, which represented everything they had. It was a highly discouraging time for them.

“We decided that we just wanted to start over and put that behind us for good,” said Angelica Cardona.

Diana, who is the natural saleswoman of the pair, started going to local stores pushing ManiNuts, which had emerged out of the early venture as the most popular of the products. Very quickly they were able to work out deals with 30 stores to carry ManiNuts for retail sale.

They were also able to get back their initial investment in the earlier coffee shop, stopping just short of taking their former partner to court when he agreed to pay them back.

In 2013, they hit the ground running to fulfill the store orders for ManiNuts, headquartering the business out of their home in Revere and renting kitchen space at several facilities around Boston to produce their roasted peanuts, and continuing to supplement that business with the custom chocolate-covered coffee bean orders.

While they still have a vision of opening a coffee shop under the Chocolaffee name — and perhaps even a chain of them in the future — initially the new location in Revere will be focused on producing more ManiNuts to fulfill the growing demand and eventually other product recipes featuring coffee beans, almonds and raisins.

Right now all ManiNuts are hand-made and hand-packaged with the sisters producing about 3,000 to 4,000 two-ounce packages a week, working mostly nights and early mornings when rental kitchen space is available.

When they open up their Revere location in June, they will be able to double that output and work normal daytime hours, as well as do some retail out of the front of the store.

“We learned the lesson that we need to start small and work our way up so we can be secure,” said Angelica. “We want to be prepared for the amount of production we need to do. We don’t want to go over the limit and then not be able to commit. We have to be very careful about not biting off more than we can chew.”

“We want to make the stores that we have happy so they are stable and continue with us,” Diana added. “And right now not even one store is leaving us or telling us that they don’t want our products anymore.”

The sisters do showcase enough entrepreneurial savvy — Angelica is a business administration student at Roxbury Community College and Diana has taken part in several of the school’s entrepreneurial seminars — to point out that as their production capacity increases they will look to target larger-scale retail opportunities with stores such as Whole Foods and Market Basket.

While ManiNuts, in particular, can put a lot of its popularity on the Colombian connection, the sisters are also focusing on other markets. “Mani” means peanut in Spanish so the name ManiNuts really means peanut nuts, which is a bit repetitive for Spanish speakers, but it alerts English speakers to the product as well. The packaging has everything in both Spanish and English.

“We know that because nuts are known everywhere, it is a product that not only our culture will enjoy. We know that other cultures are enjoying it and they like it,” Angelica said.