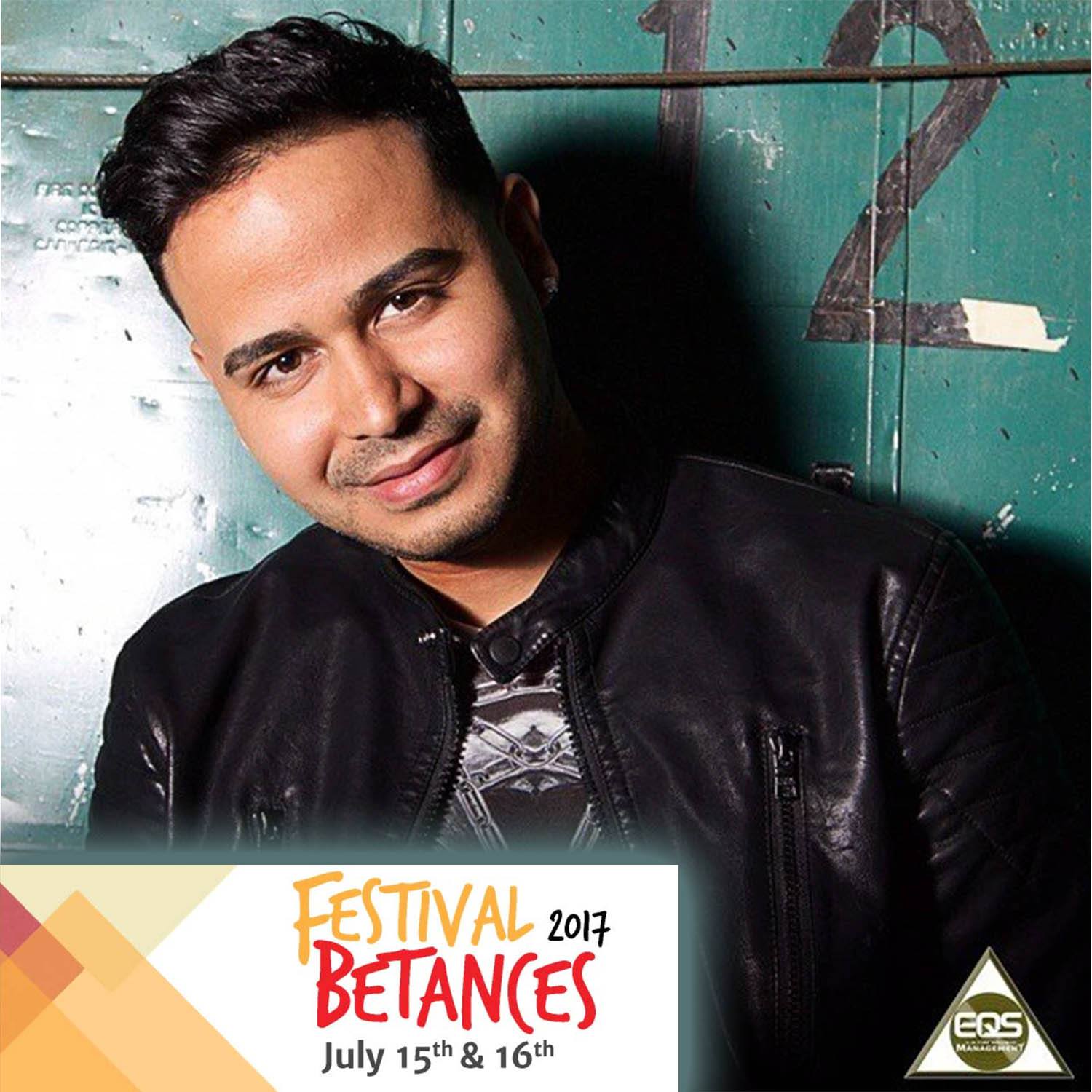 Born in Boston, Massachusetts to Puerto Rican parents mentored by his Dominican step Father, Victor Rivera also know as “Vinny” is one of the hardest working singer/songwriters that continues to shine in the music entertainment scene.

Being influenced by the melting pot of the city of Boston, he was exposed to a variety of musical genres such as Reggae, Jazz, Soca, R&B, and Pop, as well as the sounds of his native and neighboring island of Dominican Republic absorbing the sounds of Salsa, Merengue, and Bachata. Completely addicted and compelled by music and wanting to share its energetic and healing powers, at the age of 16 he purchased his first DJ set with his best friend Okland Lopez and began playing music at all types of events; mostly house parties. In that period he realized that he wanted to take the next step from not just playing but actually making music. He began listening intensively and studied all types of music and eventually became comfortable enough to sing outside his shower. His friends encouraged him to record music and he eventually partnered up as a trio alongside Crazy Jow and so began his quest to pursue a career within the music industry. While not being signed to any record label they managed a network of relationships across the world that eventually got them heard everywhere, enabling them to rank No.3 in a popular radio and music distribution company in South America. Vinny continued to work with the group eventually opening shows for world renowned acts, such as Don Omar, Wisin & Yandel, Zion & Lennox, Ivy Queen, Rakim & Ken-Y, Tony Dize, Alexis & Fido to name a few. The group eventually separated due to Vinny’s four year enlistment to the United States Air Force by which he was committed to prior to these musical achievements.

Now being a Veteran having served in the Air Force from June 2004 to December 2014 and his experience in Afghanistan had taught Vinny many lessons. The most important as he says “ Life is too short and you have to give it everything you got”. Thats exactly what he did by working and learning with Grammy winning Producers Richy Peña who produced Chino & Nachos hit “Niña Bonita, Lenny Santos from world renowned bachata group “Aventura”, to singing and writing with Universal’s BillBoard Charting Artist Yunel Cruz, while writing Jowell y Randy’s latest smash hit “Lo Que Quiero” peaking at #11 in the Billboards, being remixed with Reggaeton Super Stars Arcangel, Farruko, and Divino produced by his great friend Jorgie Milliano. He now ventures as an Artist collaborating once again with best friend Crazy Jow on their upcoming album “Inevitable” releasing “Libera El Amor” as there first single. As expected from a work alcoholic, Vinny also is working on his Solo Album “Al Fin” releasing his first single “Quisiera Olvidar” in Europe, featuring international recording artist “Nilton Ramalho” and Kizomba Super Producers “M&N Pro”.

There are many moving pieces to Vinny Rivera’s quest to the top, but he comes well prepared as he has the support of those whom have trained him and the love of his day one fans that have witnessed his progress from being recognized locally, to being respected internationally. His work and vocal abilities capture the respect and attention of audiences around the world, which is the formula for Vinny Rivera’s ultimate plan to use his music as a tool to address issues in the world. Until then he will continue to work diligently in making beautiful music for you to hear.