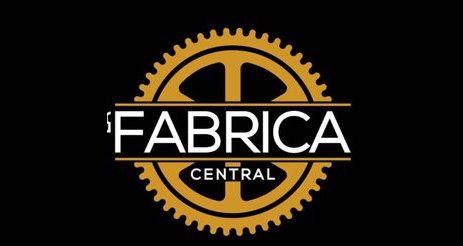 The logo of La Fábrica Central, the new Spanish Caribbean restaurant and live music spot in Cambridge’s Central Square, features a trapiche, the type of wheel that grinds sugar cane into molasses.

La Fábrica means “the factory,” and the symbolic logo, along with an actual 400-pound steel trapiche shipped from the Dominican Republic to Cambridge to adorn La Fábrica’s dining room wall, pay homage to the workers who toil in the Caribbean islands to produce sugar, molasses and rum.

“That wheel serves as a reminder that everything we consume, from food to liquor, takes work,” says co-owner Dennis Benzan recently on an off-hours tour of the restaurant, which opened quietly in mid-February.

“We wanted to honor the laborers. We wanted to tell a story,” explains Benzan, an attorney and former Cambridge vice mayor whose parents migrated from the Dominican Republic and Puerto Rico in the 1960s.

The new restaurant is a stone’s throw away from where he grew up, in a Latino community in the Cambridge neighborhood long-known humbly as “Area 4” but recently redubbed The Port in a renaming effort championed by Benzan.

The new restaurant’s executive chef, Giovanna Huyke, is famous in her native Puerto Rico as a TV cooking show personality, cookbook author and restaurant owner, and has done executive chef stints at U.S. restaurants as well.

While her menu is still being tweaked, it so far includes tapas and side dishes priced $4 to $13 and pricier entrees from whole red snapper with tomato coconut sauce and papaya avocado mojo to braised short ribs with red wine reduction and guava sauce.

Huyke applies classical culinary training to the foods of her homeland and other Caribbean islands, she says, remaking many traditional favorites in a way that is familiar yet modernized — and in many cases, more true to the cooking of generations past.

“We’re doing everything from scratch, without Adobo or Sazón,” she says. “Our grandparents, they did it from scratch. We are trying to show that our food can be done without processed additions.”

Besides the bar and small stage for music near the front window, there is a dining room, chef’s table, “cold bar” and a large function hall for events and late-night dancing. The long interior space has capacity for 480 people in total, with 265 seats for dining. In summer, courtyard and sidewalk tables will allow outdoor dining.

Standing out in a crowd

Getting started, it has been a benefit to have trained staff from the Piñas’ other restaurants, Benzan says, but La Fábrica Central will have 35 to 40 employees. Some of them are local hires who previously struggled with homelessness, addiction or court involvement.

“That’s part of our model — giving second chances,” he says. “All three of us are sensitive to those issues, because they’re very common in our community. We believe in providing not only initial employment, but working with individuals around skill development, preparing them for managerial and other positions.”