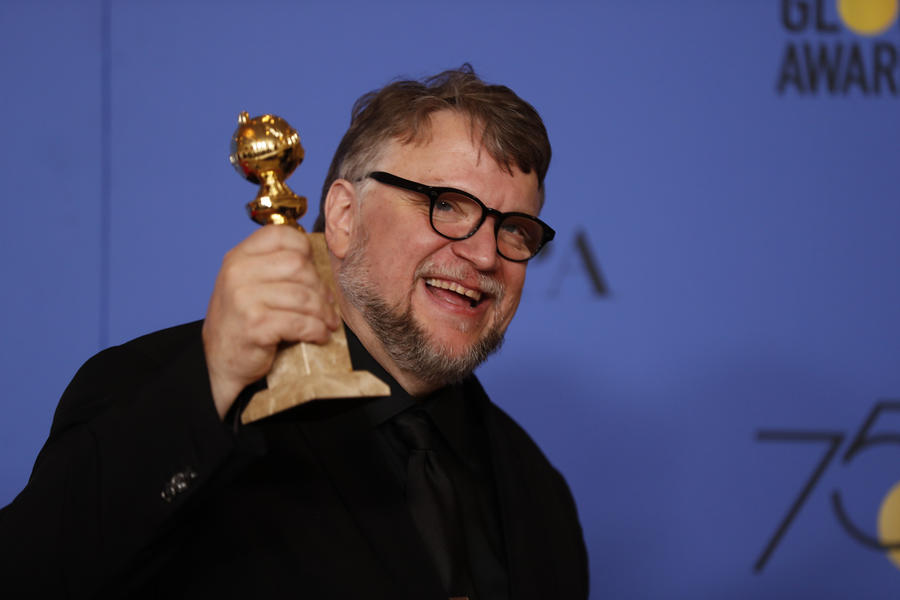 Following Oprah Winfrey’s speech about the plight of women in Hollywood, Natalie Portman announced the category, pointedly saying “Here are the all-male nominees.” Only three women have been nominated for the award in the last 20 years, and this year, there were several especially notable absences: Greta Gerwig, whose debut feature Lady Bird was nominated for Best Musical or Comedy; Sofia Coppola, who recently became the second woman to ever win Best Director at the Cannes Film Festival; and Patty Jenkins, who made one of the most critically acclaimed superhero movies of all time this year.

Del Toro accepted the award with a speech about the value of monster movies, saying “I have been saved and absolved by them. Monsters are our way of making sense of imperfection.” When the orchestra tried to play him offstage, he hushed the conductor and continued, saying, “For 25 years, I have handcrafted very strange little tales made of motion, color, light, and shadow. And in many of these instances — three precise instances — these little stories have saved my life.”

Shape of Water was nominated for seven Golden Globes, including one for the screenplay co-written by del Toro and Vanessa Taylor. Alexandre Desplat won the award for Best Score earlier in the ceremony, and the film is also nominated for Best Picture, Best Actress in a Motion Picture (Sally Hawkins), and Best Supporting Actress in a Motion Picture (Octavia Spencer), to be announced later tonight.